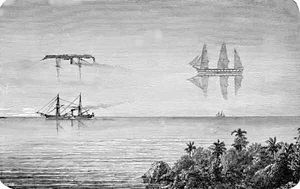 A study published by The International Journal of Press in 2011 found that fox news "discussions" on climate change were nearly 6 times more likely to be dismissive of climate change theorys than the next cable news organization. This same study also concluded that of the major cable news organizations in this study very few had even attempted to inform about the facts behind climate change. [1] Despite the wealth of information out there about climate change, cable news is chosing not to inform the public, but instead is showing "balanced" debates on the subject before any of the facts have been seen. It's like playing baseball where nobody in the crowd knows the rules exactly and has to rely on the players telling them the rules as they go along.