Doug, Galen, Jeremiah, Michael, Gary, Brandon, Erika, Brian, Devin, Nichs    The Civic Intelligence Research Action Laboratory (CIRAL) is a proposed Evergreen program that integrates theory and practice in an ongoing way. This proposal recommends that an Evergreen program devoted to the theory and practice of civic intelligence be established and be offered every quarter for at least two years, but ideally could be counted on to be offered for, say, the next 10 years.

This is a link to the CIRAL Proposal from January, 2012. 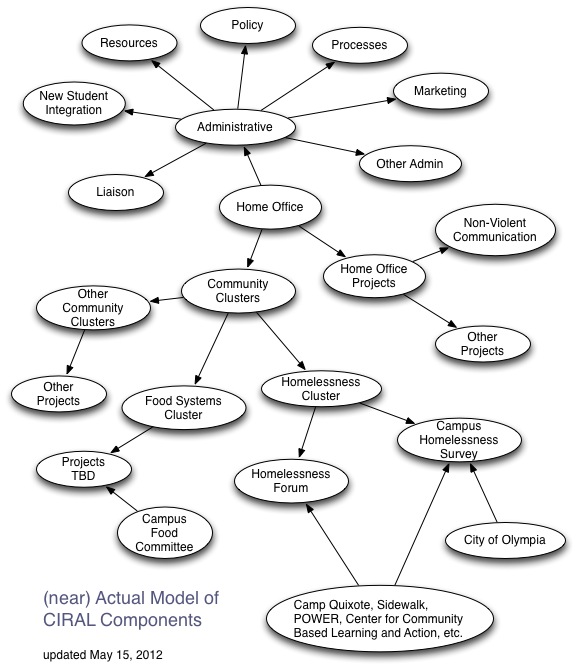