In our society, it is assumed that one will prescribe to a set of values and behavior patterns that are socially acceptable. Often an individual will step outside of the bounds of said acceptability. It is then that the individual is forced to decide whether it to conform or to create their own bounds for which they are to prescribe. This is how we have come to know so many subsocieties or subcultures. The following organization is one, which exemplifies civic intelligence by not placing bias on any one person or community from which they originate. This organization works to advocate for, promote, and provide for the community as a whole and work towards empowerment of all persons.

As stated in their mission statement, Planned Parenthood “believes in the fundamental right of each individual, throughout the world, to manage his or her fertility,” and also, “[Planned Parenthood believes] that respect and value for diversity in all aspects of our organization are essential to our well-being. We believe that reproductive self-determination must be voluntary and preserve the individual's right to privacy. We further believe that such self-determination will contribute to an enhancement of the quality of life and strong family relationships.”

Unfortunately, it is common among our society to shun those whom we do not agree with and or understand. This is vastly accepted among our society. There is the norm, and anything or anyone that falls beyond those parameters are thought to be outliers, outsiders if you will. They are the misfits. What perpetuates this patterned behavior is permitting such to be acceptable. Planned Parenthood exemplifies civic intelligence by standing firm in their beliefs that "offer a robust vision and commonsense solutions designed to protect women’s health and safety and the basic human rights of us all."

Planned Parenthood has been a resource for the community for close to ninety-five years. Although budget cuts are constantly threatening the future and longevity of this organization the employees and volunteers that see it through day in and day out never waiver in their commitment to helping their community. Planned Parenthood is supported by medical professionals, human and civil rights activists, lawyers and its community.

For over 90 years Planned Parenthood has been an unstoppable force among advocating for the rights of all. Intelligence is often misinterpreted as the amount of quantifiable knowledge that a single person possesses. The term civic intelligence is more user friendly, because it acknowledges that power and necessity of community. Support from our community has and always will be crucial to our survival and positive progression as a species. "Planned Parenthood has been a change agent — fighting for a world where every child is wanted, loved, and treated fairly; a world where women’s health is a paramount concern and access to health care is not only a right but a reality; a world where women are in charge of their own destinies." The aforementioned statement pulled from Planned Parenthood's annual report helps to define in what parameters civic intelligence has been a leading example in our society.

A misperception about Planned Parenthood is that the vast majority of its services are directly related to that of abortions. That is a horrendously skewed accusation and deters many teens and adults, men and women alike from reaching out to Planned Parenthood for medical help when they most need it. An article published in the Washington Post by Ezra Klein in April of 2011 depicts a pie chart that clearly shows which areas Planned Parenthood is providing the most services. The second lowest percentage of health care services is abortion services, at 3%, below that at 1% is "other". What Planned Parenthood DOES do, is provide testing for sexually transmitted diseases (35%), contraception (35%), Cancer Screening and Prevention (16%), and other Women's Services not related to contraception, sexually transmitted diseases or abortions (10%). Only 3% of what Planned Parenthood does FOR our community is what causes its organization to face the loss of funding, protesting, and discrimination from various political parties.

On January 22, 1973, the U.S. Supreme Court hands down its landmark decision in Roe v. Wade, recognizing the constitutional right to privacy and women's right to choose abortion.

In 1976, in a case brought by Planned Parenthood of Central Missouri, the U.S. Supreme Court strikes down state requirements for parental and spousal consent before women obtain an abortion.

In subsequent cases over the next three years, the Supreme Court rules that prohibiting the sale or distribution of contraceptives to persons under 16 is unconstitutional and that if states require minors to obtain parental consent for an abortion, they must also give minors the alternative of obtaining the consent of a judge, in confidential proceedings — a so-called "judicial bypass."

To underscore the importance of birth control access to teens, the Guttmacher Institute, an independent research institute established in 1968 by Planned Parenthood, publishes 11 Million Teenagers, the first nationally distributed document to focus attention on the problem of teen pregnancy and childbearing in the United States. 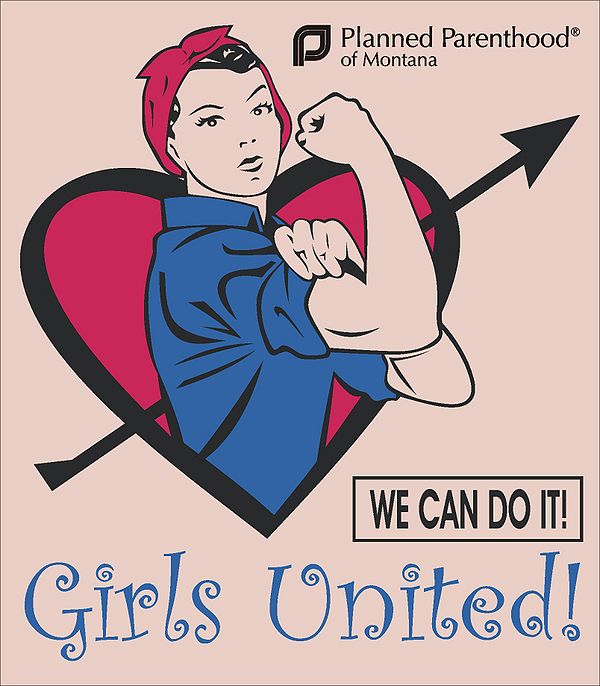