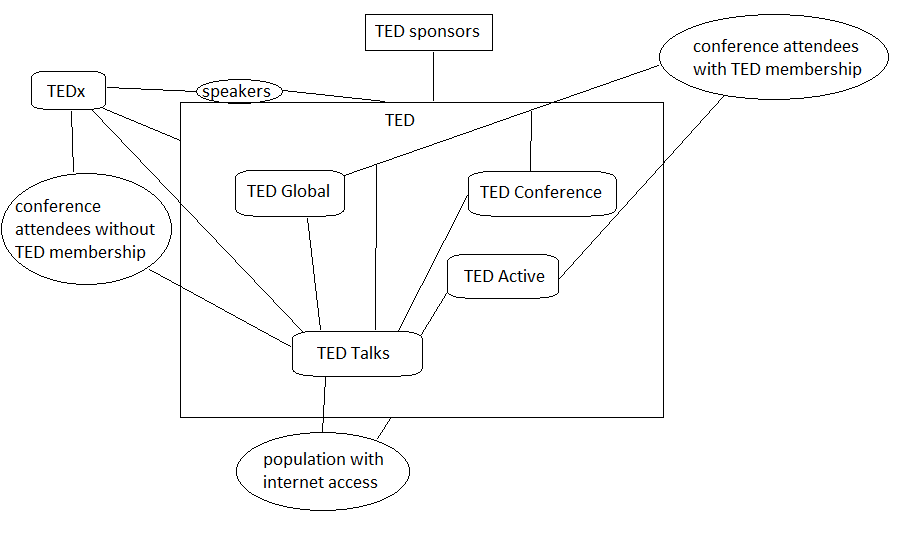 This SeeMe is relatively simple, the TED organization itself is not very large since there is such a large online support community. For example, when a new set of videos is posted online from either one of the TED or TEDx events, there are a limited number of translators available on-site but someone with a TED.com login and an excellent understanding of a language other than the one that the video is posted in can write captions for the video. In this way TED.com spreads to wider and wider communities.