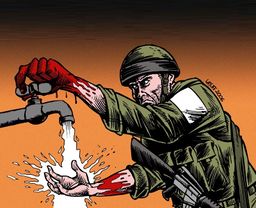 Denialism is not just an American problem but a global one as well. The rearrangement of facts or events to support ideas that certain thing never happened or at least they are watered down to the point that they cease to be irrelevant. With the American story this can be best illustrated in the events leading up to the civil war. Modern revisionist historian claim that the war was not about slavery, but state’s rights instead. A quick check of South Carolina’s or Georgia’s declaration of secession will dispel that notion. The denialism of this fact is self-evident; this is a desire to clean up the image for which the south was fighting for by forgetting the reason for the conflict in the first place, the preservation of slavery. On the global scale there is the holocaust denialism; that Nazi Germany did not engage in state sponsored extermination of a race of people. Climate change denialism; that the Earth has not been affected by man’s industrialization of the planet to name a few.