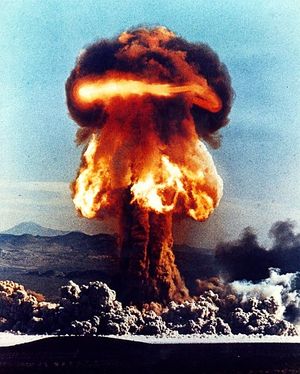 Fear is a very big motivator. Some researchers (citation needed) have listed it a one of the biggest motivators for human behavior. Since it is such an effective motivator for action and change it can be used to influence human behavior toward specific ends. Say you wanted to motivate a nation to go to war with another nation: you could motivate people toward this end by convincing people that the other country means harm against the citizens of your country, in this way people could be convinced that the best course is to preemptively attack in order to avoid being attacked themselves.