Difference between revisions of "Hidden Agendas" 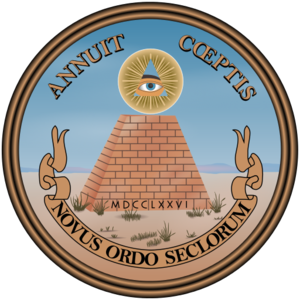 Society relies on honest leaders to give them information in regards to sovereign and global affairs. No honest democracy can exist if governmental motives are withheld from the public.

Misrepresenting motives or policies to anything that could affect a society.

The 2002 Iraq war. It was said that this war was a war on terror. Top officials from both sides of the aisle later came out and said the war was for oil. We were not spreading democracy, rather we were protecting our national interest, oil. The US government used the 9/11 attacks to fuel this war. Scare tactics were invoked and the American public was told that Saddam Hussein had weapons of mass destruction. That was later proven to be false information. There is even controversy on what really happened with 9/11. Multiple discrepancies and flimsy explanations lead some to believe the whole attack was even an inside job. http://www.washingtonsblog.com/2013/03/top-republican-leaders-say-iraq-war-was-really-for-oil.html

Why would it be bad

Government’s claim to represent the people, but may have a hidden agenda. This deceives citizens and fuels their disrespect and distrust for those in charge. Once trust is broken, the people will begin to look for more evidence of lies and distrust can snowball. Hidden agendas cannot represent the people’s best interest if they have no say (as they've been kept in the dark)and overtime can lead to civil disobedience and social unrest.