Difference between revisions of "The World Cafe: Shaping Futures Through Questions That Matter" 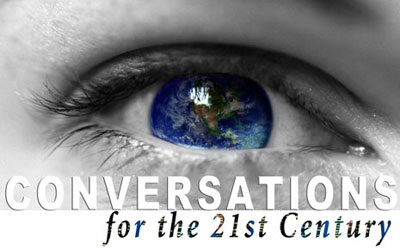 ==What is the power of a good conversation?==
Why is it that some questions grab the attention and energy of a group, and others don’t seem to lead anywhere? How can we enhance our capacity to talk and think more deeply together about the critical issues facing our communities, our organizations, and our planet? How can we apply what we know about living systems to understanding how organizations and communities innovate? What sorts of underlying principles are at the heart of social systems and any complex system, and what does that tell us about the most effective way to create change within those systems? How can we access the mutual intelligence and wisdom we need to create innovative paths forward? These are some of the questions at the root of this facet of civic intelligence.


==Purpose:==
The World Café is essentially a conversational process, based on a set of integrated design principles, that reveal a deeper living network pattern, through which we coevolve our collective futures. (Holman, pg. 180) It is a human process methodology that first emerged in 1995 as a result of facilitation by Juanita Brown and David Isaacs at a series of conversations by Intellectual Capital Pioneers, an interdisciplinary group engaged in a level of deep inquiry into knowledge and leadership.


The World Café is an emergent process for thinking together focused on creating coherence without control. (Holman, pg. 188) It utilizes the natural processes of intimate conversation to create the conditions for the collective consciousness to emerge in a way that cannot be predicted. Through the integrated design principles, a sense of the dynamic qualities inherent in any group are made more visible and palpable, and this often leads to a surprising degree of group resonance and unity around the significant questions at hand.


This format for facilitating what is really important has been utilized by executive MBA programs, Hewlett-Packard, Mexico’s National Fund for Social Enterprise, and thousands of other people in widely diverse communities and organizations around the world. It can serve to jumpstart innovation and coherence within a community, and especially across diverse communities. This author believes, therefore that this process, and others like it, must form the heart of any movement to build a society that is more self aware, intelligent, and responsive to the changing demands of the 21st century.


Overarching Principles:
There are many concepts at play in the theory and practice of the World Café.


Some of the principles at the heart of the origins of the World Café stem from the work of architect and philosopher Christopher Alexander, author of A Pattern Language (1977), Learn more. and a visionary across many fields. He applied an understanding of how large complex systems are made up of wholes, at every level of scale, up to and including cities and societies. The aspects of his work that contributed to the development of The World Café was the concept that change in complex systems comes from a large number of small adjustments, such as conversations that matter, as opposed to more “traditional” command and control methodologies for business, government, etc…


The World Café is also Open Source in nature, free for communities to use and cross pollinate new ideas into the ongoing exploration of how to catalyze human potential and create fundamental change in an organic and natural way. It has been combined with other large group processes like Open Space, Future Search, and others.


One of the key design principles to be outlined below is Back to the Roots, as many key elements of the theory, metaphor, and language come from the earth and the natural balance of chaos and order in ecosystems and any living system.


The process of Meta Cognition is integrated into the process as well, as participants are invited throughout the café to bring awareness not just on a given topic, but also on the way they speak about the issue. (Holman, pg. 190) This can lead to deeper appreciation of unexamined assumptions, about other people, or a situation, or the various contexts that shape perspective, the framing, if you will.


Another key principle that I’ve gleaned is the Great Good Place, as sociologist Ray Oldenburg named the importance of informal gathering places in the development of culture throughout history. According to Oldenburg, the third place is a locale that exists apart from the “womb” of family space and the “rat ace” of the modern world. (Brown, pg. 67) In his TED talk, Steven Johnson makes the connection between the flowering of the Renaissance and the presence of coffeehouses in England where people were engaged in generative discussions. [Watch his TED talk here.]


It is also clear that this methodology is designed on the assumption that everyone already has within him or her the wisdom and creativity to effectively address even their most difficult problems. (Holman, pg. 181) That assumption creates the opening, or the listening for participants to be empowered and step into their own leadership. This is crucial in allowing the Collective Intelligence to emerge, as we will explore later.

The Organization of The World Café:

This project has been based on an integrated design process, and has grown out of other large group processes that have been exploring ways to better harness human potential for many years.

There are Seven Key Design Principles that make up the structure of the World Café in practice, and these elements are the foundation of what makes this model work.

1.  Set the Context. The context is similar to framing, in that it involves creating the “flexible boundaries in which the groups collaborative learning unfolds” (Brown, pg. 49). If there were three bowls on a table, nested together, the smallest one would represent the Content of the conversation, the middle bowl would represent the Process that was used to have the conversation, and the larger bowl represents the Context that has been set. According to Brown, there are important aspects to setting the context, namely Purpose, Participants, and Parameters. Generally, the larger the gathering, the more extensive pre-planning and work must be put into these elements. “Why are we bringing these people together?” What are the underlying socio-economic, political, or personal issues within this group. Which brings us to the question of Who? According to Brown, diversity of thought and experience is the most important requirement for accessing collective wisdom, and that makes this an opportunity to seek participants beyond the “usual suspects”. Finally, the Parameters includes determining how this format will be implemented, whether there will be any more traditional style meeting structures, and what sort of activities are used before and/or after the event to set the tone, and activate potential for carrying the insights and connections made out into the rest of the world. 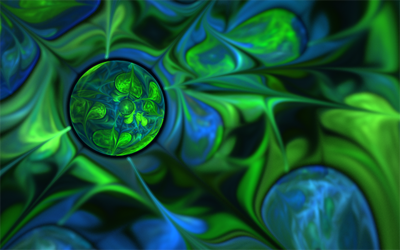