Difference between revisions of "Castilleja hispida" 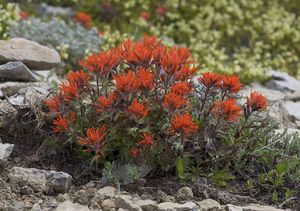 Both sides of the Cascades, British Columbia to Oregon, east to Montana.[2]

Grassy slopes and forest openings, from sea level to moderate elevations in the mountains.[2]

Used to trap hummingbirds after being covered with snail slime, as well as its nectar being a source of candy for the Nitinaht.[3] 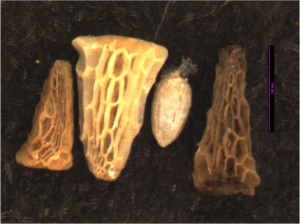 Could be confused with: Castilleja levisecta