Annual herb 5-40 cm tall from a taproot. Leafy stems usually erect of ascending, however, sometimes long and sprawling; may be simple or branched. Middle and upper

leaves: are opposite (or whorled), oblong to lance-shaped, 1-4 cm long, though smaller and bract-like in the inflorescence. Lower leaves are oblong to spoon-shaped and are stalked. Leaves are usually hairless while stems are often covered in minute hairs that may be glandular. 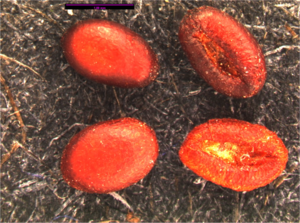