General: This is a small, blue and white, annual lupine growing to 16 in. in height. Leaves: A usually small, grayish, hairy, branched plant with palmately compound leaves and blue-violet and white pea flowers arranged in whorls in short, thick, cone-like racemes. Flowers: The pea-like flowers occur in a short raceme and are subtended by small, palmately compound leaves. Fruits: Slightly hairy pods to 3cm long.

Distribution: Chiefly west of the Cascades in Washington state, but also in southeastern part of state; British Columbia south to California, east to Arizona. 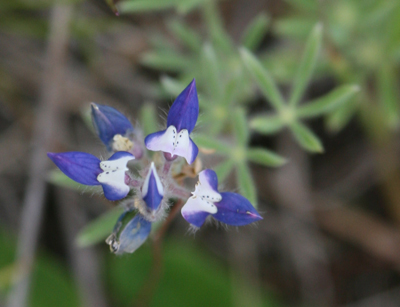 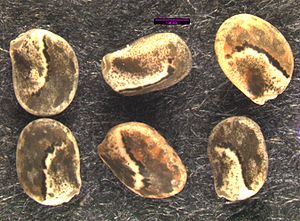