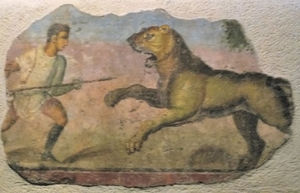 Man vs. Nature may be a well note literary conflict device, but we are proposing that it is also a pattern of belief that humanity is separate from nature and at odds with it. This belief influences how we interact with nature and how we see ourselves within (or without) the natural world.

Is humanity part of the environment or are we separate from it? The belief that the natural environment is something to be used and conquered is core to this pattern. The way that people view nature is largely simplistic and based on moral and/or religious values. Many religions that teach that nature is separate from humanity and is there for the use of people lead people toward the viewpoint of being at odds with nature. These beliefs control how they interact with nature, to a large extent.[1]

As long as humanity-at-large sees itself as separate from the natural environment this degradation will likely continue.