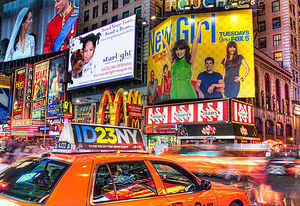 The plot for the movie, Wag the Dog is basically about the use of this pattern.